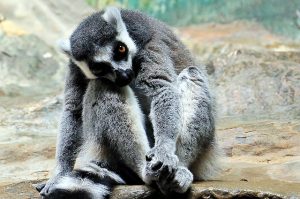 I had a conversation with Daddy Bear over the weekend, when I mentioned that we didn’t actually have to entertain Baby Bear at all times. That it is actually good for her to be bored. And this was somewhat surprising to Daddy Bear, which made me think that maybe it would be surprising to some others out there.

In this age of Pinterest and Facebook and Instagram, where people post the best possible versions of their lives at all times, there has been an almost unbearable pressure brought to bear on parents to keep their little ones in a constant state of learning. We’re told that because they’re little sponges and we’re obviously the jugs, it’s our job to make sure that their sponges are always filled with what we want them to be filled with. However, this isn’t exactly true. While we don’t want to just put them in front of the TV and ignore them (obviously), it’s also good to give them a fair amount of time to just play with whatever they have or want to (within limits, of course). This gives them a chance to learn what they want to learn, to experiment, to get a sense of independence. It will also give you a chance to breathe and have a cup of coffee – so it’s a win-win situation!

I’m not the only one to think like this either – this is borne out by the experts. Check out this older article:

BBC – Children should be allowed to get bored

Psychologists recommend children be bored in the summer

So, while it’s great to do things with your kids – and don’t stop, please! – don’t feel like you have to make sure they’re entertained at all times! I find that what works for us is one or two planned activities a week, then the rest of the week Little Bear either follows me around while I do chores, or she plays by herself, or we read, or sing songs – but many other families have far more structure than we do. But that’s what works for us – so figure out what works for you as a family.

Don't have time to browse through our webstore? Download our catalogue. See main menu. Dismiss